Hometown certificates (hjemstedsbeviser) allowed a person to be supported by a municipality. Extraordinary hometown certificates were issued to people from Southern Jutland (then called Schleswigers) who had opted for Danish citizenship following the end of the Second Schleswig War in 1864. They were not automatically assigned a hometown affiliation and were therefore granted one upon application. The applications were handled by the Danish county office in the Danish county where the person resided at the time of the application.

Below is an example of an application for a hometown certificate. 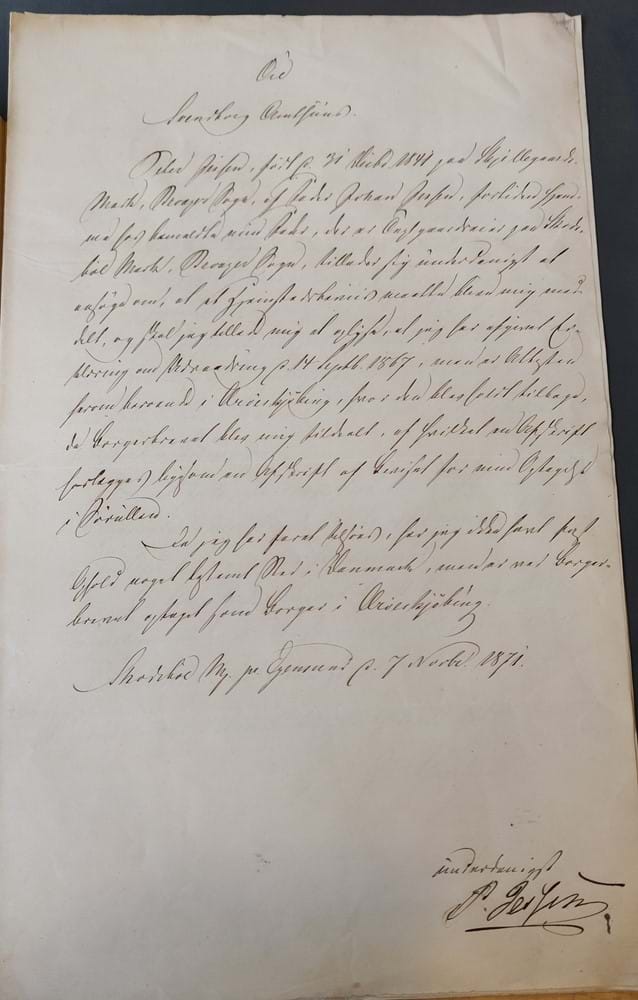 The two transcripts are kept with the letter and another letter from Peter in which he forwarded a declaration from Sonderburg  Königliche Landratsamt (a Schlewig county office in Sønderborg) stating that he had to have the hometown certificate to be allowed to take permanent residence in Schleswig.