Extraordinary hometown certificates were issued to people from Southern Jutland (then called Schleswigers) who had opted for Danish citizenship following the end of the Second Schleswig War in 1864. I have previously shown an example of an application for an extraordinary hometown certificate. The application was from Peter Jessen. One of the attachments to that letter was a copy of a citizenship record. 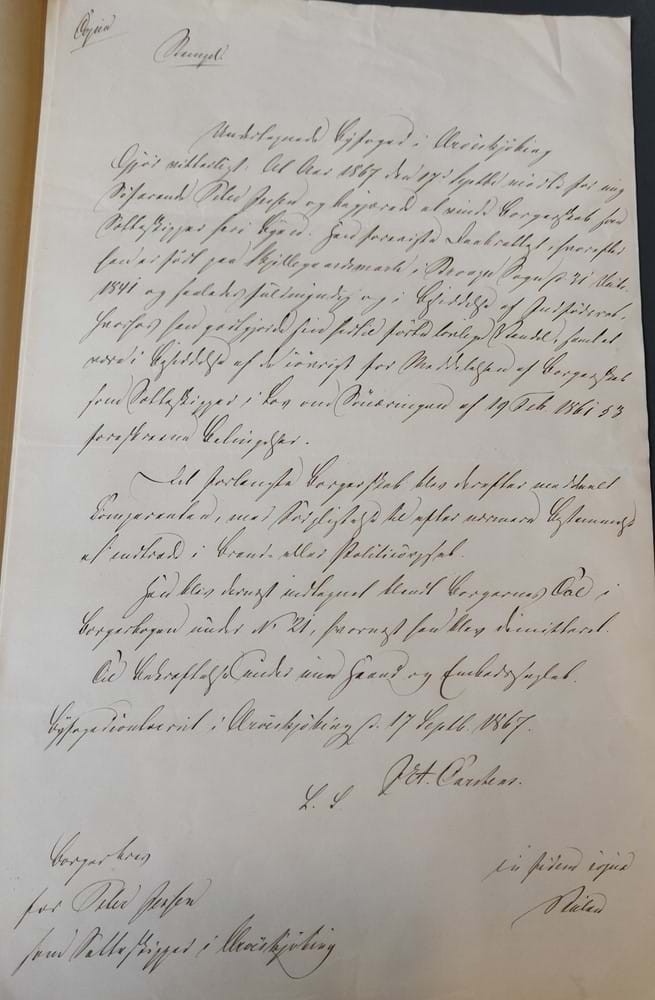 The status as a citizen of a specific town gave the applicant the right to be self-employed within the stated trade in that specific town. The fact that Peter Jessen applied for citizenship of a town thus implies that he was self-employed. Further research could therefore include trying to find information about his business.