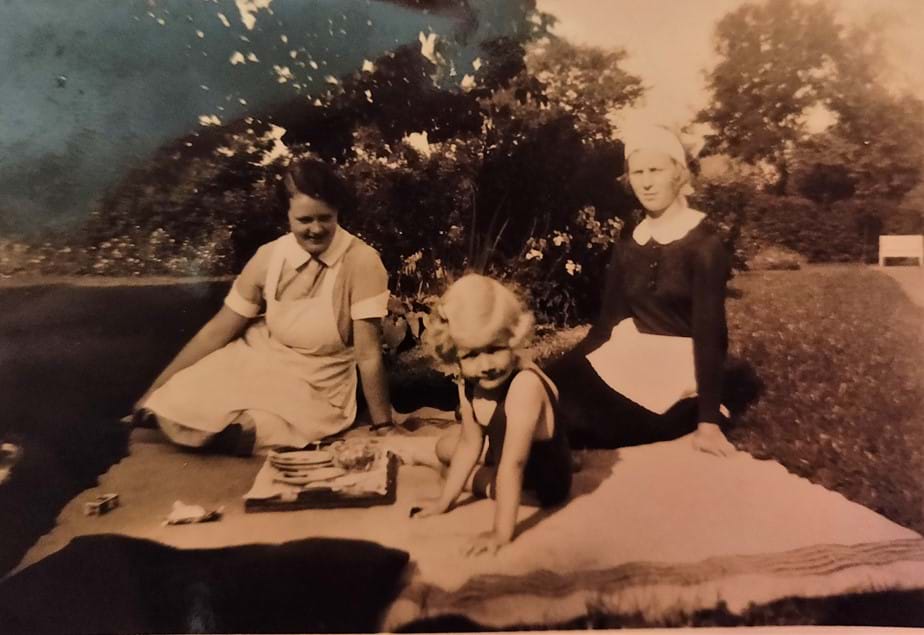 My grandmother Jenny Kristine Juhl told me a lot about her experiences during World War II, when she was in her early twenties. She clearly remembered that she was working for the justice in Holsted, when Denmark was occupied by Germany on 9 April 1940. After her death we found a recommendation from her time with the justice, which states that she worked there from 1 May 1939 to 1 May 1942. On 5 November 1940, a census was held in Denmark. Based on the known information Jenny ought to be listed in the justice’s household at that census. As shown by the snippet below, Jenny was listed as expected.

The justice, Peter Engelbert Kellinghuusen Wegener (born 1877) lived with his housekeeper Kathrine Pedersen (born 1896) and his housekeeping assistant Jenny Kristine Juhl (born 1921). The information about a household in the 1940 census of rural parishes in Denmark spans three images.

This information may or may not be relevant for my grandmother’s story. At first glance it seems that the educational information was recorded for the justice (line one) and partially for the housekeeper (line two) and not at all for Jenny. However, educational information was only to be recorded for residents age fourteen to twenty-nine, so the education of both the justice and the housekeeper was not to be recorded. The information recorded on line one says that the person had attended Folkeskolen (public elementary school) and Ungdomsskole (lower secondary school), and that the person’s father was a laborer. Line two only says that the person had attended a housekeeping course. The justice without doubt had more education than secondary school, so the information in the first line is not about him. Since line two is only partially filled in and the information was not required for the justice and the housekeeper, it is my theory that all of it pertains to Jenny, and that the enumerator mistakenly wrote it on line one, ran out of space in column eighteen and therefore continued writing on line two.