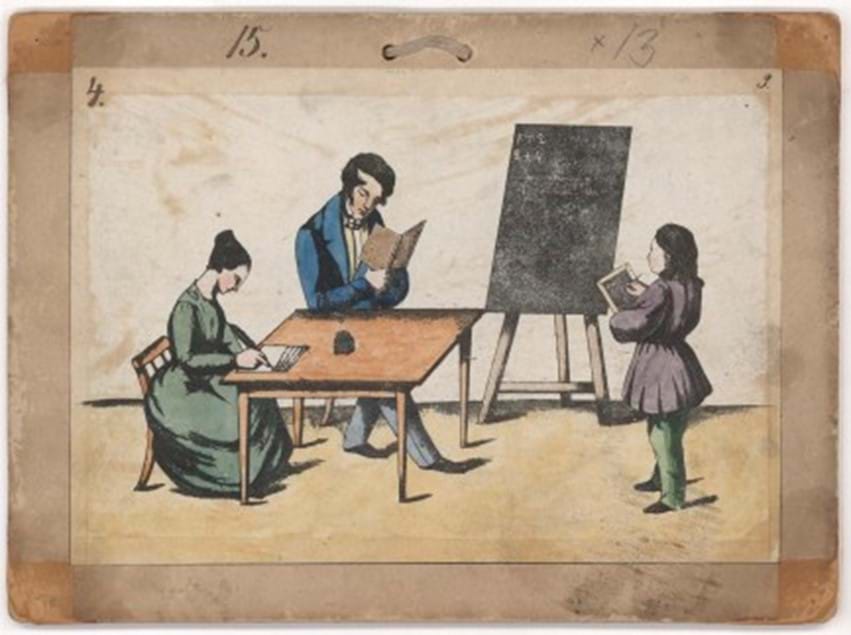 Many school records have been kept and they are gradually being digitized. In this post I describe the Danish grading system over time and show an example of a grade book.

Above is an example of a grade book listing quarterly and annual grades for each pupil at the Danish secondary school, Faaborg Borger- og Realskole.1 I have cropped and adjusted two images into one, because the digitized record spans two images. Click my image to open the original image at the website of the Danish National Archives.

The record shows that the pupil Frederik Marinus Jensen Dahlkild, born 9 May 1892 (third column), passed middle school in June 1908 at the school Faaborg og Omegns Realskole (forth column). The grades are divided into sections A, required classes, and B, elective classes. For each class is listed four quarterly grades and an annual grade. Grades were given for:

The Danish grading system has been changed several times.2

From 1775 a system of four Latin terms was used at universities and upper secondary schools:

In 1809 a new scale called the ug-scale was introduced:

You will not only see this scale in school records, but also in confirmation records from the 1800s, where the minister recorded his grades for the knowledge and behavior of the candidates.

From 1850 the Ørstedske scale was introduced, named after H. C. Ørsted who proposed the use of this scale. It was the ug-scale with added numbers to enable the calculation of an average:

From 1919 the Ørstedske scale was broadened by giving the possibility of adding pluses and minuses to the grades of the ug-scale. The number grade was then for instance 7 1/3 (mg+) or 7 2/3 (ug-). In 1943 a new variant was introduced by adding seven to all the numbers, so that only the completely unacceptable performance was assigned a negative grade.

How to Find School Records