Reading and Writing Skills of Your Danish Ancestors 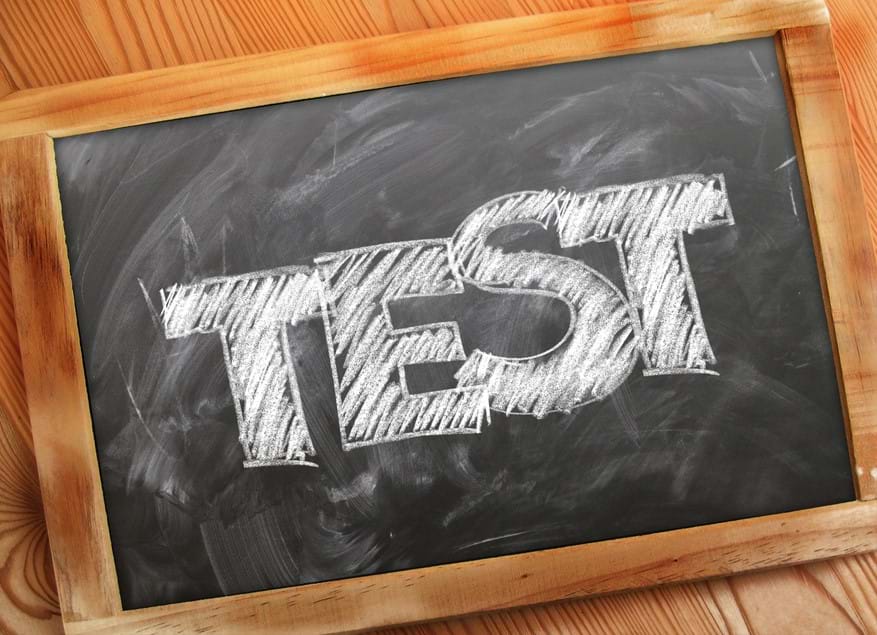 Exam records from many Danish elementary schools have been digitized. They were kept biannually, so you can use them to follow the progress of your ancestor's skills. Below is a page from an exam record from Abildrod Skole in Skovby Parish. The text may be hard to read in my copy of the image, but you can click it to view the page at the website of the Danish National Archives.1 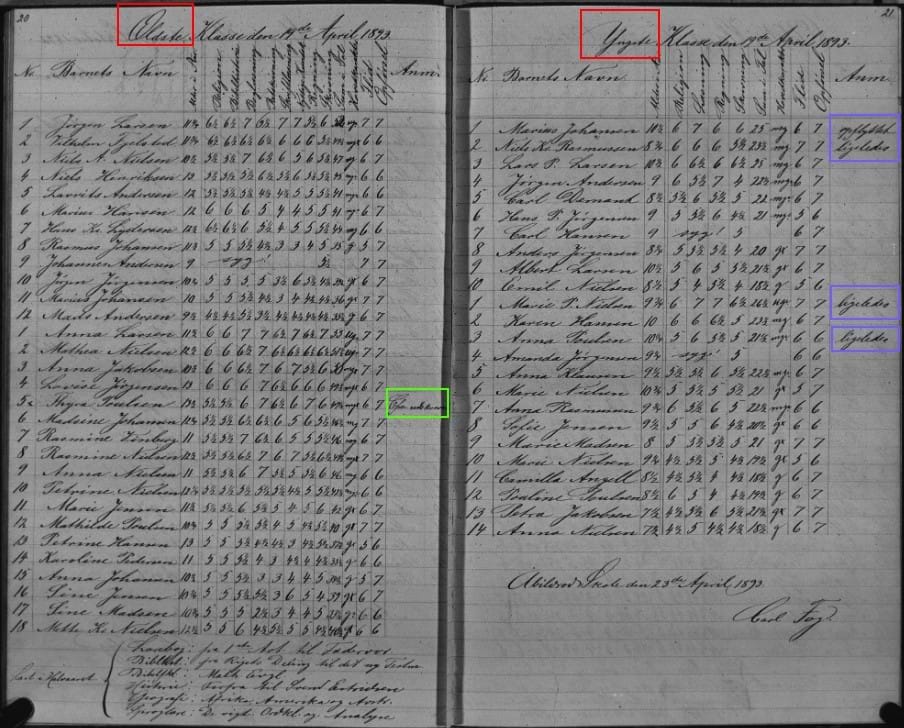 In many elementary schools the pupils were only divided in two, the ældste (oldest) and yngste (youngest) klasse (grade/form). The heading states which klasse is listed. I have highlighted the words ældste and yngste with red squares.

The second and third columns on each page state the name and age of the child. The oldest grade had other classes than the youngest grade. For the oldest grade, the columns with grades have the following headings:

For the oldest pupils you want to beware of a remark in the last column like the one highlighted with a green square, Cfm. udskreven which means "confirmed, no longer enrolled."

Children were moved to the grade called the oldest, when they were considered ready for it, independent of their age. Then a remark was made that he or she had been opflyttet (moved up). I have marked the remarks indicating this with blue squares; only the top one says opflyttet, the rest say ligeledes (likewise). For the youngest grade, the columns with grades have the following headings:

The main grade is an average of the assigned grades, expressed using the abbreviations from the ug-scale, which I described in yesterday's post.

The City Archive for Copenhagen has digitized school records from schools in Copenhagen City and the volunteers behind Danish Family Search (not associated with FamilySearch in Utah) have begun indexing these records.