Your Danish Ancestor's Votes for Elections 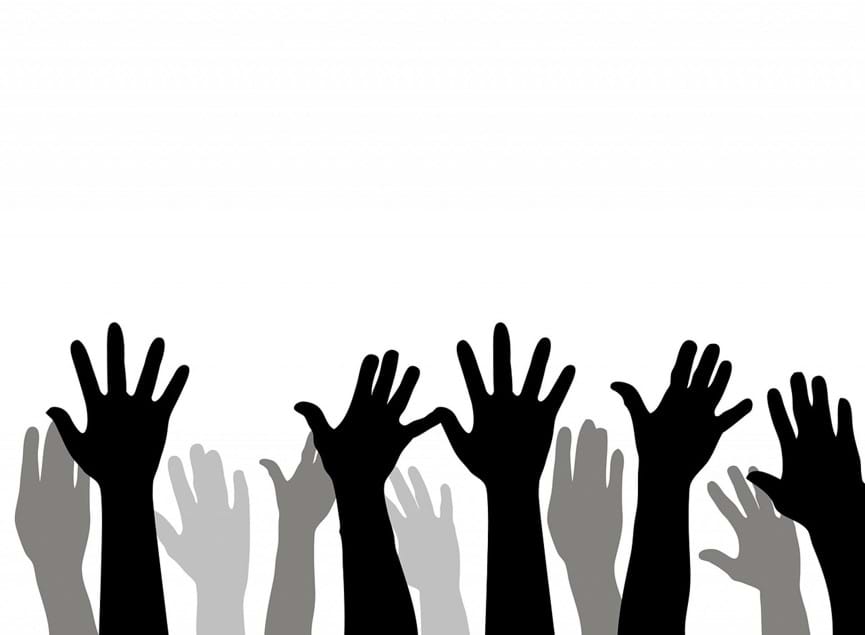 In Denmark, votes are usually anonymous, but elections used to be held by a raise of hands. Two record books from a municipality show whom each person voted for at a local election in 1841.

The election was for the sogneforstanderskab (municipal council) of Haraldsted-Allindemagle Kommune (municipality). Sogneforstanderskaber were taken into use in 1841, so this was the first election of its kind. As the name indicates, this municipality covered the parishes Haraldsted and Allindemagle. Previously each parish had a parish council, so local government was not new in Denmark, but simply reorganized.

As mentioned there are two record books from this election. To differentiate between them, you must understand two Danish words: 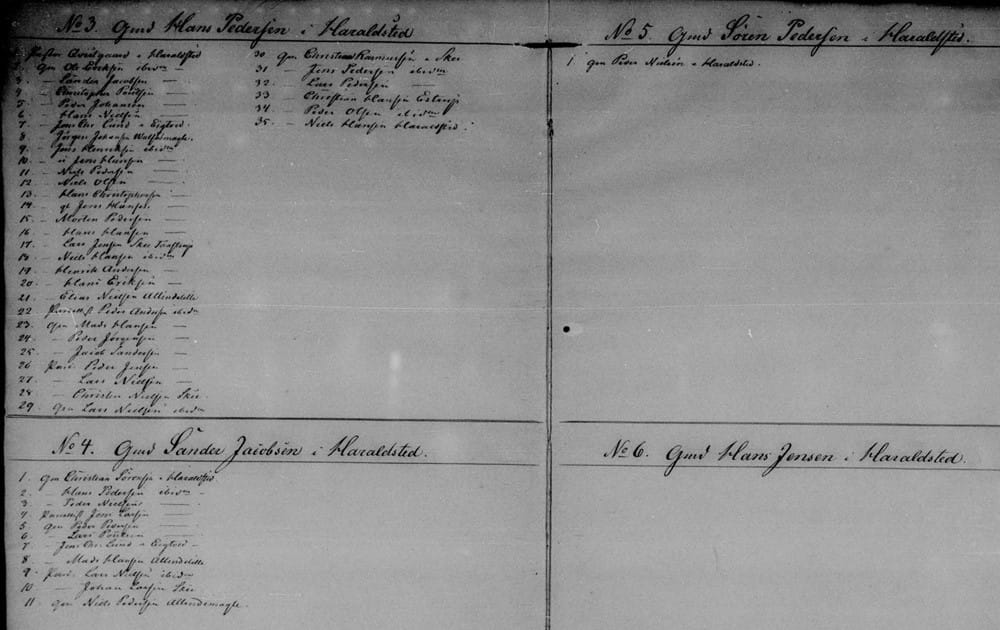 One of the record books lists each valgbare person in the municipality. Below each person's name is a list of people who voted for him. The image above shows a page with the four men farmer Hans Pedersen, farmer Sander Jacobsen, farmer Søren Pedersen and farmer Hans Jensen, all from Haraldsted. Hans Pedersen got 35 votes, Sander Jacobsen got 11 votes, Søren Pedersen got one vote and Hans Jensen did not get any votes.1 The image below (from the other record book) shows the result of the election and that farmer Hans Pedersen from Haraldsted was elected. The person with the most votes was farmer Peder Johansen from Haraldsted, who was also the sognefoged (parish bailiff) for Haraldsted. He got 46 out of 49 votes. Was he popular, or were they afraid of the consequences of not voting for him? 2

The other record book shows a list of each valgberettiget person in the municipality. The list below each voter's name shows whom he voted for. Seven men were to be elected, so each voter could vote for seven different men. The image below shows the votes given by farmer Mads Hansen in Allindelille in Allindemagle Parish. He was one of the few men who did not vote for the parish bailiff. I wonder if Mads had a particular reason for not voting for the bailiff.3

Only a few election records have been digitized, but maybe there are other relevant digitized records from your Danish ancestor's municipality. If you want to explore the available record sets from a certain municipality, you can do so at Sall Data's website. Choose the arkivalie (record group) lokale myndigheder (local authorities) and the sub menu item retsbetjente (authority) and then the relevant område (area, county) and myndighed (authority, municipality). Then you get a list of the digitized record types available for the chosen municipality.