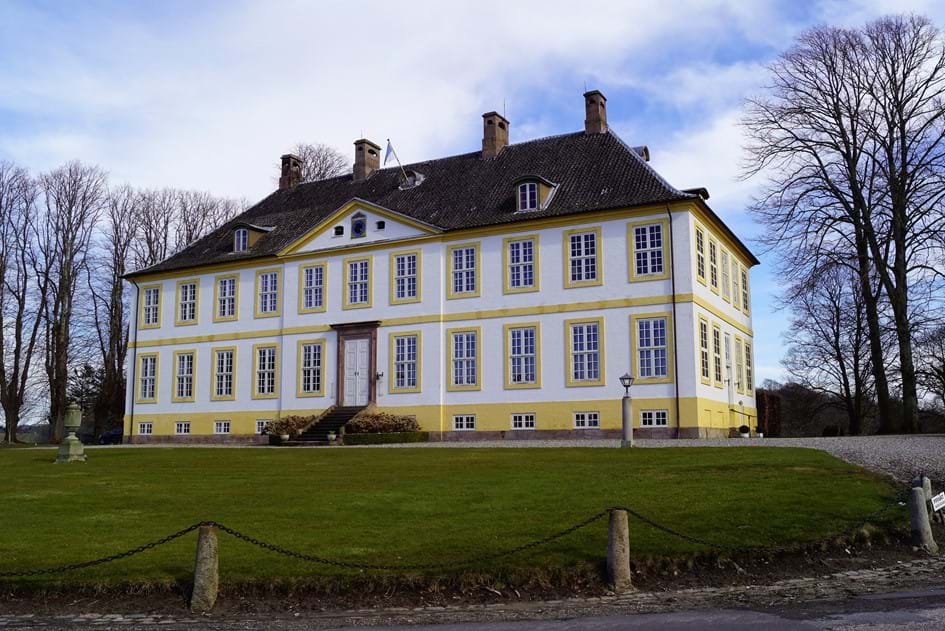 Before the mid 1800s, many Danish farmers did not own the farm or house they lived in, but they leased it from the King or manors or other large estates. The tenancy, also called copyhold, was often passed onto a son or other relative, so copyhold records can provide evidence for relationships.

The contract for the lease is called a fæstebrev (lease letter). Fæsteprotokoller contain copies of fæstebreve, which most often list the following information:

Example of a Lease Letter

In yesterday's blog post we learned that Anders Madsen's father was Mads Hansen and that his widow had been the copyholder of the property, which Anders bought in 1856. The deed does not reveal her name, but my theory is that Mads Hansen was the copyholder and she kept it after his death. Therefore, I will demonstrate how to look for a copy of his lease letter. The deed stated that the property was under Frederiksgave Manor. At Sall Data's website, you will find records from manors under the record type godsarkiver. Frederiksgave Manor lay in Odense County, so having chosen Odense in the Amt list, I found Frederiksgave Gods in the Gods list. Again we are lucky that there is an index, this time called a register. The year of the lease letter is unknown to us, so I started looking for Mads Hansen in the register for 1832-1856. He was not there. Then I looked in the register for 1762-1831 and there I found him at folio 437 with a reference to folio 401.1 Looking in the actual fæsteprotokol for 1762-1831, I found Mads Hansen's lease letter at folio 401 verso.2 It spans several pages; click the image below to open the record at Sall Data's website.

The lease letter says that his royal majesty's legal counselor "gave to Mads Hansen the copyhold of the farm in Dreslette under Frederiksgave Manor, of which Hans Nielsen's widow had last held the copyhold." Knowing the Danish naming traditions, I immediately came to think that Hans Nielsen could be the father of Mads Hansen. The lease letter does not state that, but if Mads was my ancestor, I would look into other records to test that theory.

How to Identify the Manor

In the example with Mads Hansen, I knew the name of the manor because I had found the deed. If you are dealing with a copyhold from the 1700s, you may not have identified a record which states the name of the manor. Guides have been made for places under each of the four departments of the Danish National Archives:

Beware that a place could be divided between several owners. Especially if you are searching in the PDF, you need to look for all instances of the place name to make sure that you include all the options in your research.