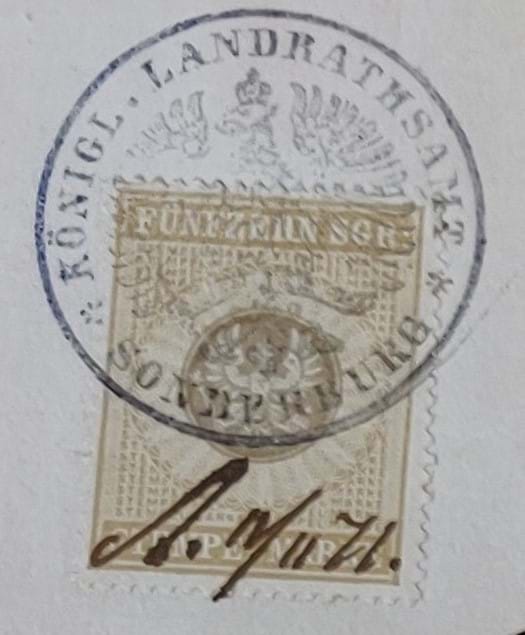 Extraordinary hometown certificates were issued to people from Southern Jutland (then called Schleswigers) who had opted for Danish citizenship following the end of the Second Schleswig War in 1864. The application often included a letter from a county office in Schleswig.

I have previously shown an example of an application for an extraordinary hometown certificate. The application was from Peter Jessen. One of the attachments to that letter was a letter from Sonderburg Königliche Landretsamt. 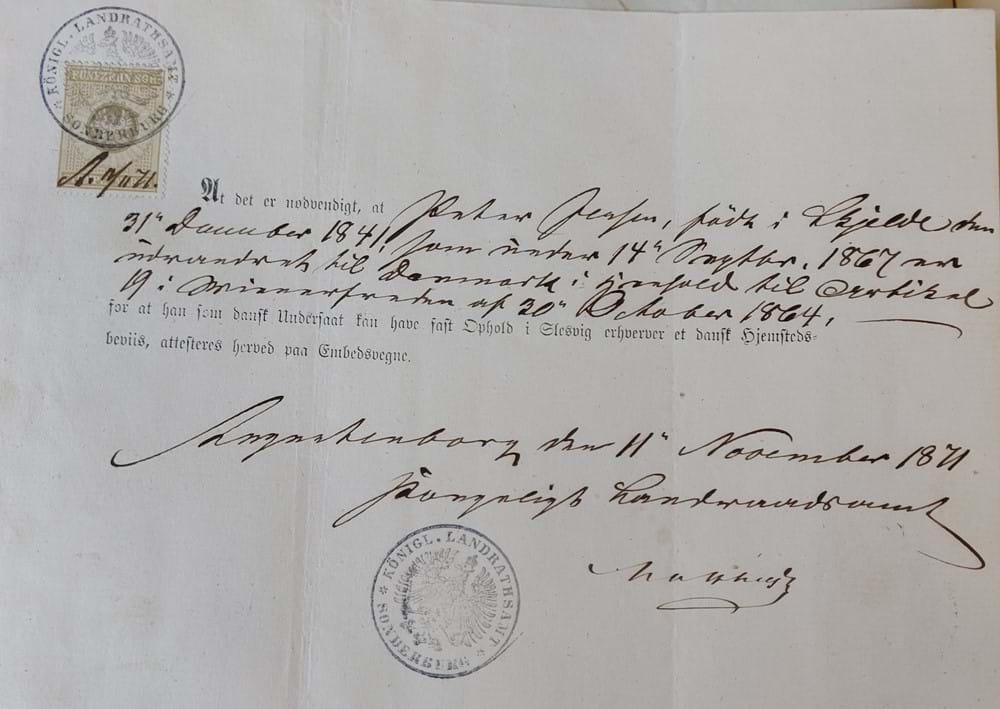 The letter provides evidence for Peter’s immigration, which can then be researched further.