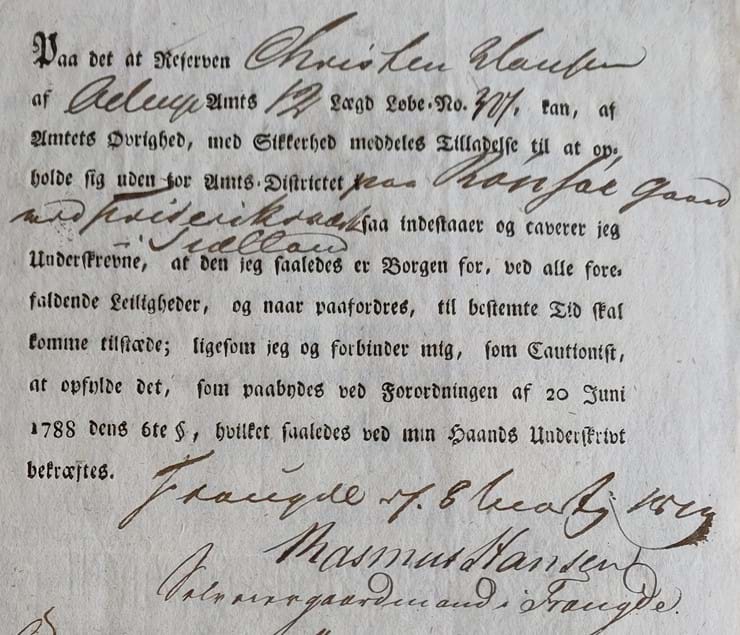 Odense County Office left a record series called Amtspas, attester, kautioner, plakater og lister (county passports, certificates, letters of guarantee, public announcements and lists). The title does not directly state that it regards the military, however, county passports were permissions for reserve soldiers to reside in another county.

County passports were used from 1788 to 1860.1 The amtmand was the only person who had a right to issue county passports. The reserve soldier had to find someone who was willing and able to take his place during war, if needed. That person had to sign a letter of guarantee called kautionsbevis or simply kaution in Danish (example shown below). 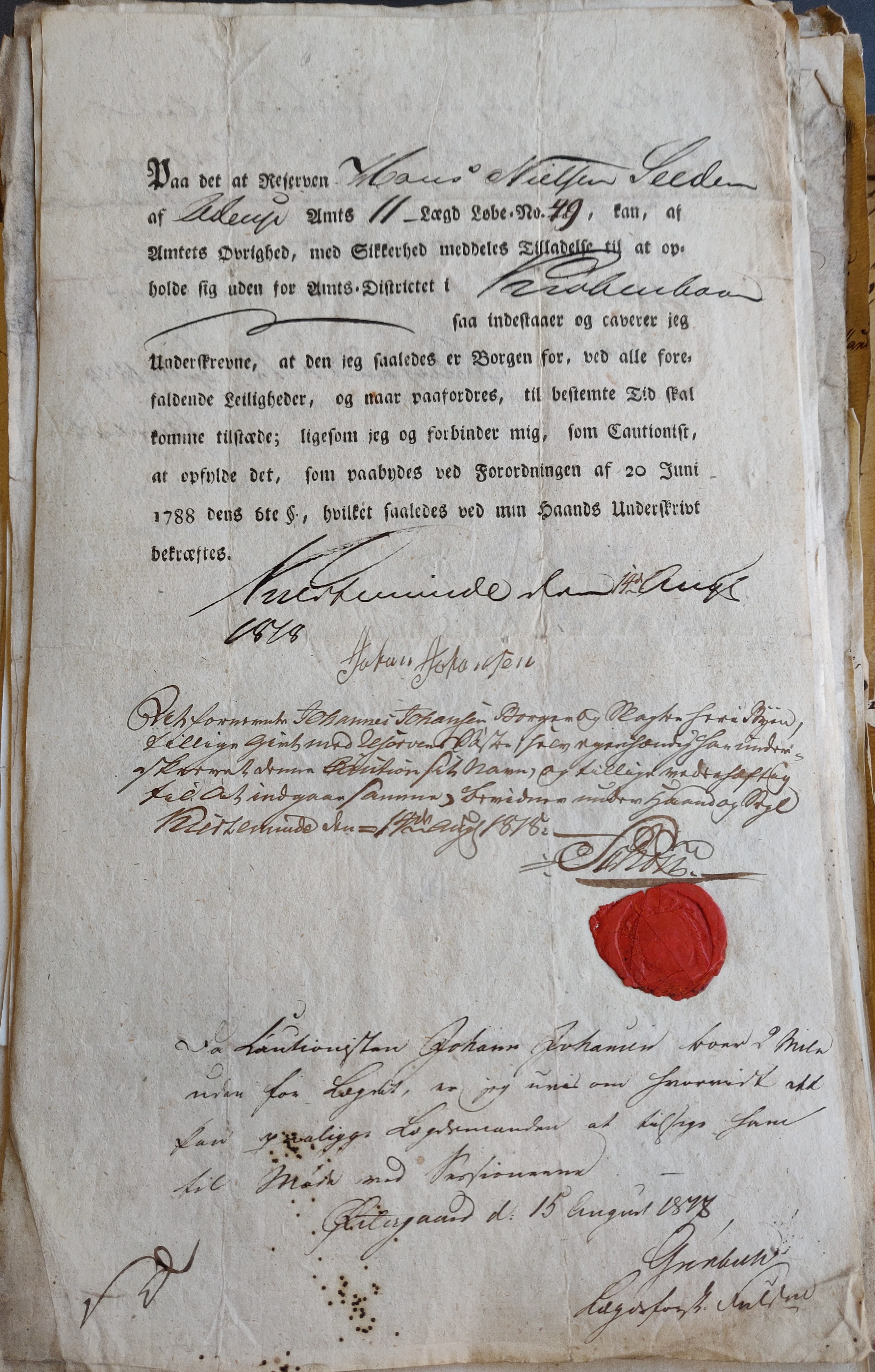 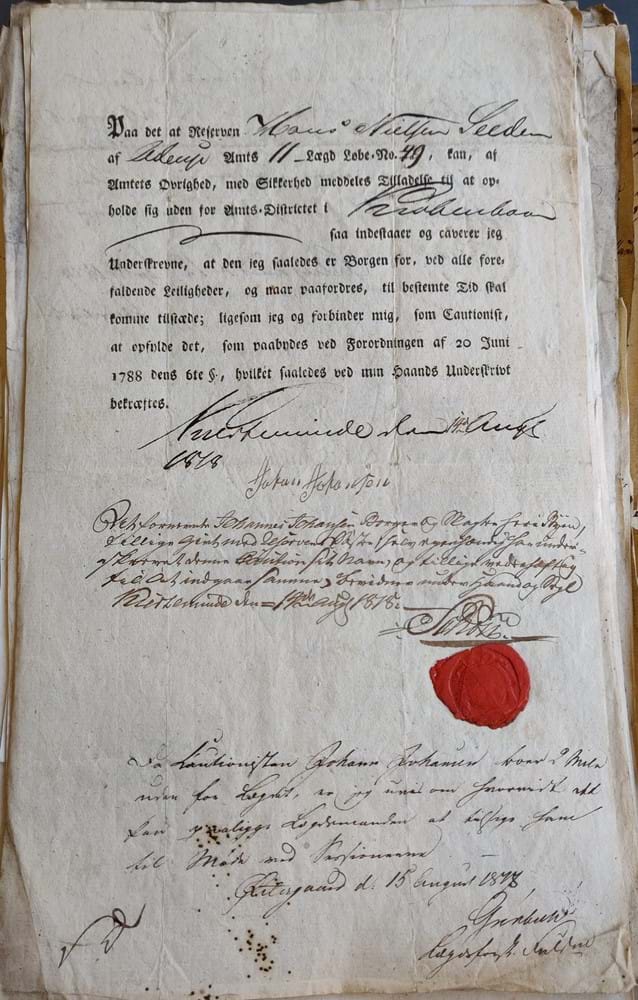 This example is from Odense County. If you want to find this type of record from other counties, search the catalog of the Danish National Archives3 for words such as amtspas and kaution, but beware that kaution also refers to guarantees related to debt.