This post is a part of my posts for the Blogging from A to Z Challenge, which has now reached the letter X. In this post I give some examples from midwife records. Midwives had to keep records of all births they assisted from 1861 to 1976, but some midwives started keeping records before it was required. The records may not say much, but I think these details are fun to have.

My great-grandfather Ludvig Hansen was born 7 March 1885. Part of the midwife's record is shown above, click the image to see the full page; my great-grandfather's birth is listed under entry 5.1 The headings translate to the following:

Nothing extraordinary happened during the birth of my great-grandfather Ludvig, but the record states that his mother had given birth six times before, so if I had not already found six older siblings that would be on my to-do-list. Ludvig was born "K 4½ fm," which means at 4.30 before noon (am). If it says "em," it means after noon (pm). 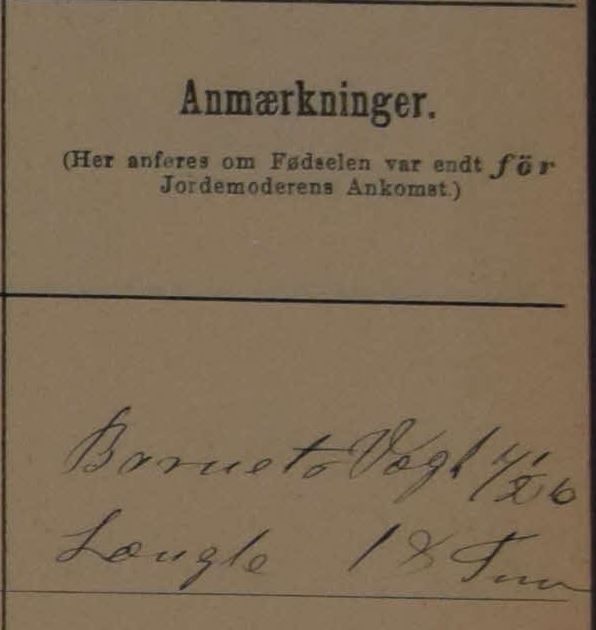 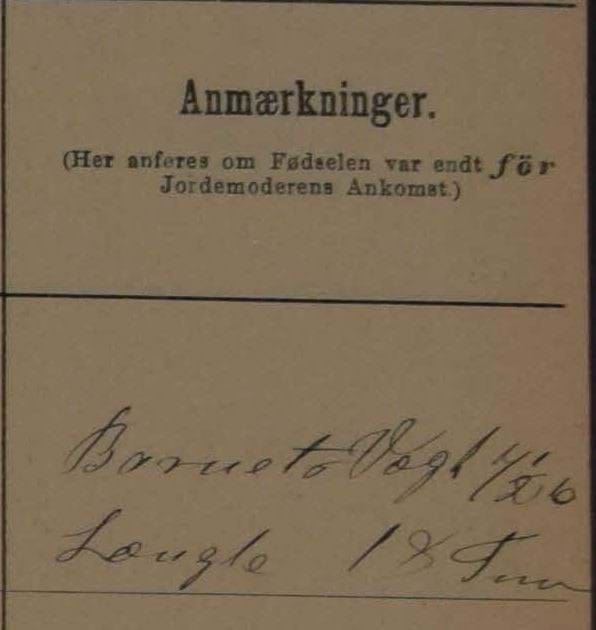 Some midwives recorded the size of the children in the remarks column, as shown above in the record for the birth of Ludvig's youngest brother, who weighed 7½ pounds and measured 18 inches.2

If you encounter a stillborn child, the midwife record is likely to provide evidence for the reason behind its death. The same applies, if a mother died during childbirth. The parish register for Brahetrolleborg Parish shows that Christen Pedersen's wife, age 44, died 6 May 1864 and was buried along with their stillborn daughter a week later (see the snippet above). Below is a snippet from the midwife record, which gives some insight into the complications during this birth.3

The girl was delivered with "en Arm bag ved Efterbörden," meaning one arm behind the placenta. Doctor Krohn performed a vending (turn) of the baby. The delivery lasted 8 plus 12 timer (hours) and 1 "quartir" (kvarter, quarter of an hour). It must have been horrible, even though she was an experienced woman - she had apparently given birth sixteen times before!