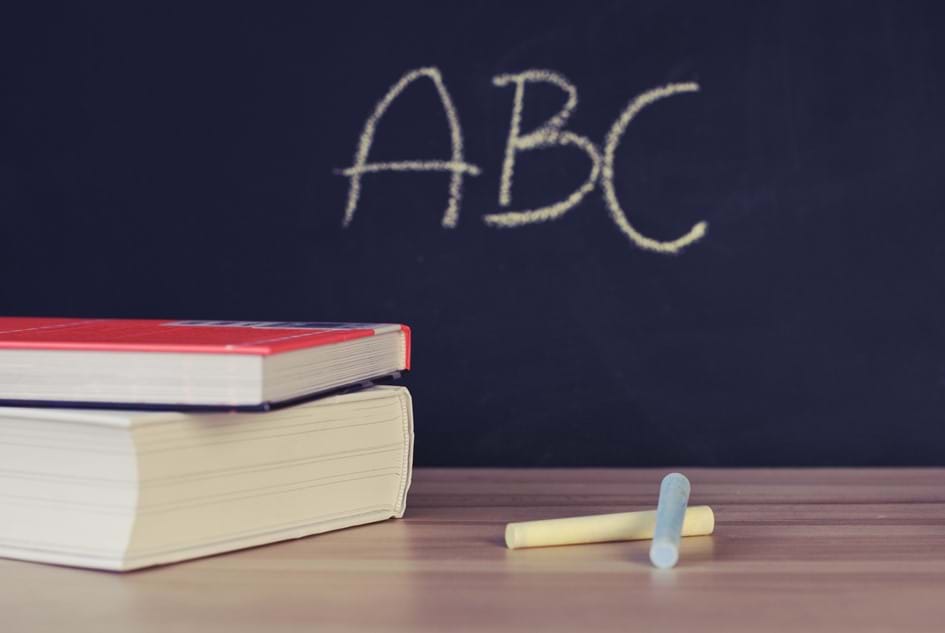 The last two days I have shown examples of Danish school records showing grading of the pupils. Teachers also had to record the absence and attendance of each pupil from 1814, because going to school was mandatory in Denmark.1 Below is a page in an attendance and absence record from Abildrod Skole in Skovby Parish.2 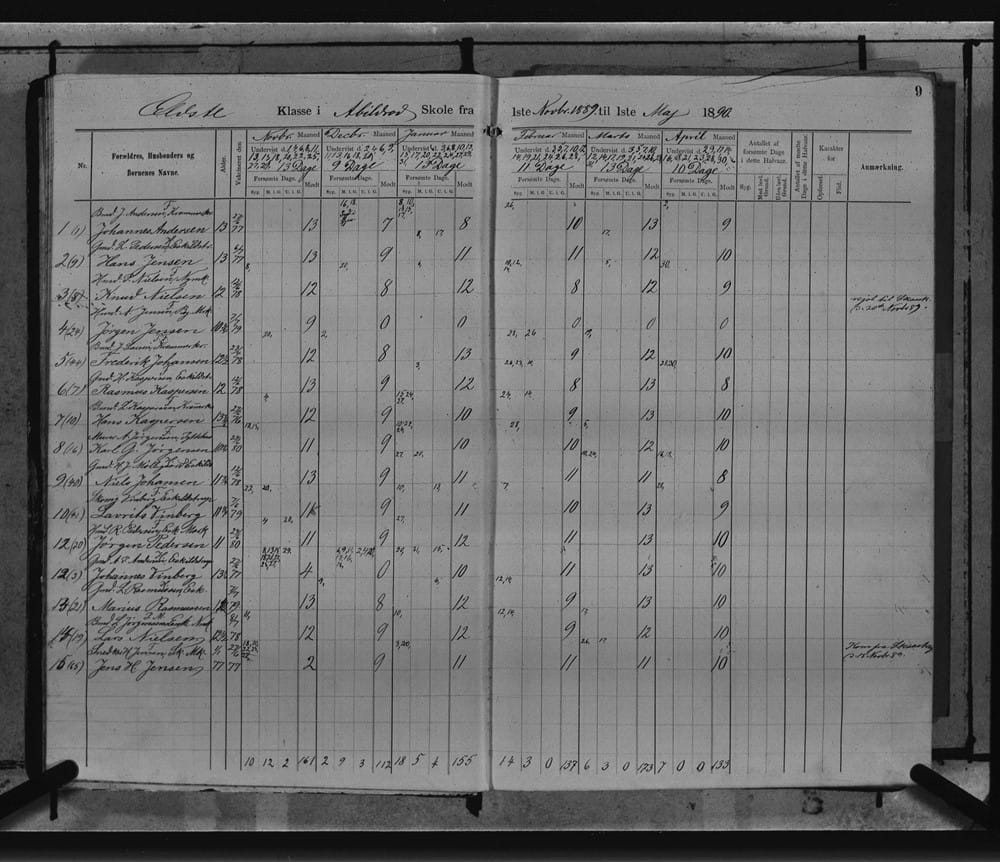 As mentioned in yesterday's post, the pupils were often divided into two grades, the oldest and the youngest. This page shows the attendance of the oldest grade from 1 November 1889 to 1 May 1890. The first four columns list:

The numbers in parentheses most likely refer to that child's number in the elevprotokol (book of pupils), but that book does not appear to have been kept from this school.

The following columns list these details for each month:

After the last month are columns for summarizing the absence and attendance and grades for behavior and diligence. This record keeper has not filled in these columns. The last column is for anmærkninger (remarks). On the page shown above, you can see a remark for entry 4: "rejst til Skaastr. d. 20de Novbr 89" meaning he moved to Skaastr[up] on 20 November [18]89. You can also see a remark for entry 15: "Kom fra Skaastrup d. 15 Novbr. 89" which means that he arrived from Skaastrup on 15 November [18]89. You can therefore use the attendance records as evidence for a family's removal to another town or parish. A remark could also be that the pupil var afgaaet ved Døden (had died).

In the catalog of the archives, the book of attendance and absence may be called a journal or a dagbog (which means journal).

Book of Pupils in Danish Schools

As mentioned above you may encounter a school record called a elevprotokol (book of pupils). An example of such a record is shown below.3

The book of pupils contains annual summaries of attendance and grades for each pupil. The name of the pupil is written in the top left-hand corner. Next to the number at the top is written the occupation, name and residence of his father and a reference to his entry in the school journal, meaning the book of attendance and absence.