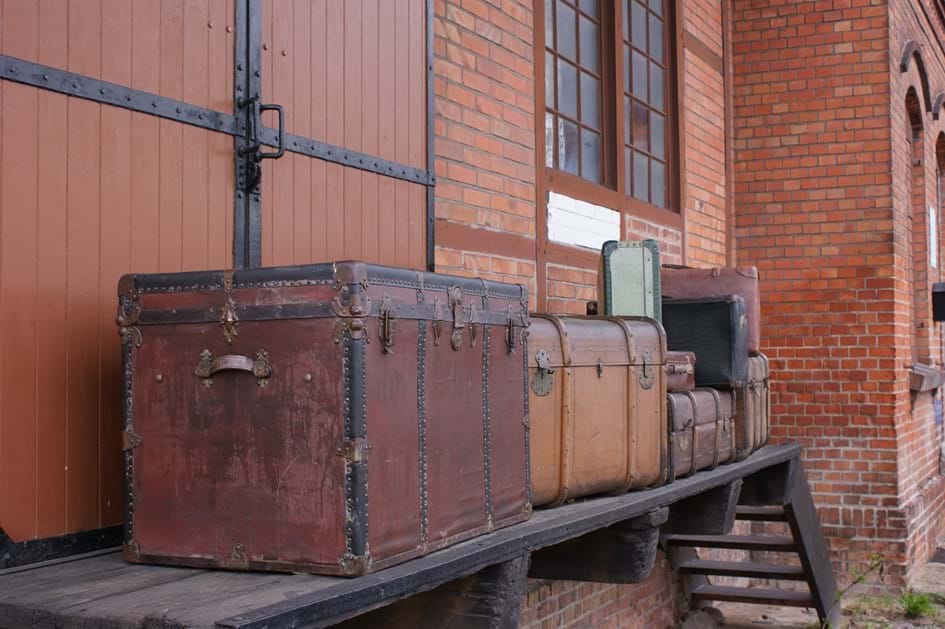 From 1871 main rolls (hovedruller) were no longer kept. How can you then follow a person in the Danish military levying rolls? I will demonstrate that today using the story of Knud Pedersen, born 20 October 1898 in Vejringe in Åstrup Parish on the island Falster, as a son of Anders Pedersen and his wife Anna Kathrine Marie Larsen.1

The fact that the use of main rolls was discontinued makes it harder to find a værnepligtig person. After 1871 you need to know the residence of the person either at the first registration in the rolls or a removal during the years in which the person was listed in the rolls. If you can find the person in the census records, you are well on your way, but you may need to look manually through several years of supplementary rolls (tilgangsruller) to find the person.

The following pieces of information are needed:

Year of first registration or year of removal

From 1912 young men were first registered in the military levying rolls at the "roll age" of 17 years, meaning the year after his 17th birthday. Knud Pedersen would therefore first be listed in the roll in 1916.

Luckily these was a census during the exact year of Kund's first registration and at that time he lived in Copenhagen.2

Anyone who has looked for a person in the Copenhagen census records knows that it is very time consuming unless there is an index. The same goes for military levying rolls for Copenhagen. Luckily someone has made indexes for the Copenhagen military levying rolls and they are scanned until 1940. Indexes until 1902 are in two parts. The first part is sorted by place of birth and only contains persons born outside Copenhagen. The second part is sorted by surname and only contains persons born in Copenhagen. Indexes from 1903 and onward are sorted by surname regardless of place of birth. 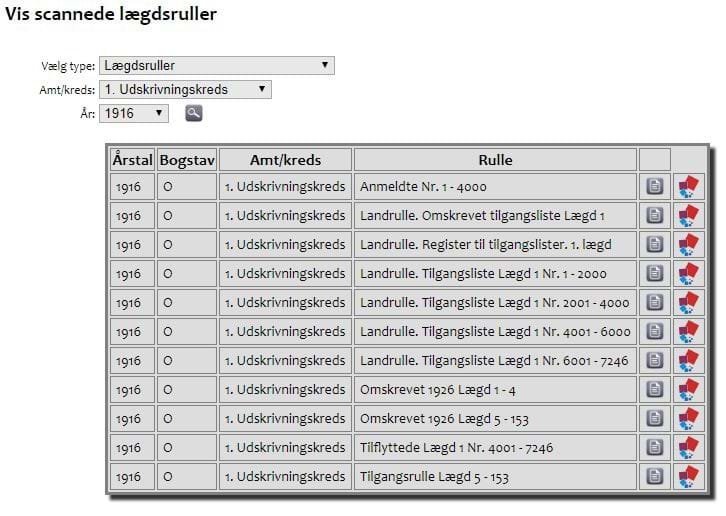 At the Sall Data website you can see an overview of the various rolls for 1st Udskrivningskreds in 1916. The third line shows the index for the supplementary roll (Register til tilgangslister). This is where we need to start our search. In that book, I found Knud Pedersen at image 54 in the column to the far right under number 2367.3 The number is the number in the supplementary roll. The Copenhagen rolls often span several books, so you need to look carefully at the book names and choose the book covering the relevant numbers. In this case with Knud Pedersen we need to use the book covering numbers 2001-4000. By flipping forward to the right number, 2367, I found him at image 66.4

The entry is shown above. Below his name and number you see a list of his addresses over time. The final line says that he moved to Vejringe (his birth place) in 1921. Furthermore, there is a removal referral: 2-188-T-51.

Knud Pedersen's removal from Copenhagen, 2-188-T-51, means that he moved to the 2nd military levying district (udskrivningskreds), lægd 188 in year T and was assigned number 51 there. Year T represents 1921. You can look that up at page three 3 of the parish list for military levying rolls by the Danish National Archives. Lægd 188 of the 2nd district covers Åstrup Parish at the island Falster.

The supplementary roll for the lægd covering Åstrup Parish shows that Knud did not stay at home for long. A new removal referral is written: 1-103-T-111. He moved back to the 1st military levying district later that year, but to lægd number 103 under entry number 111.6 That lægd covered Hillerød Market Town. If we step back and take a look at Knud's birth record, we see that it was noted that he changed his name to Knud Strømming-Pedersen in 1923. The note was written per message from the police in Hillerød, so he apparently stayed there for some years.

After 1912 men were discharged at the age of 36 unless other circumstances led to early discharge. Knud was therefore discharged in 1934 at the latest. He therefore ought not to be listed in the rewrite of the supplementary roll for 1928 for Åbenrå, because he would then have been discharged. I have not checked that, because the rewritten toll has not been digitized yet.

It is harder to find a værnepligtig person after 1871, because the use of main rolls was discontinued. Instead the supplementary rolls were rewritten after 11 years. The rewritten supplementary rolls only list those who were still værnepligtige and who still resided in the lægd. I recommend that you first find the person in as many census records as possible, because that will be of great help when trying to identify a person in the military levying rolls.