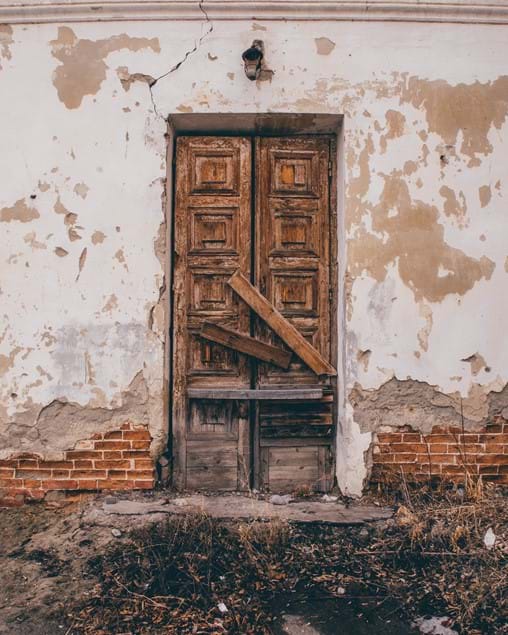 Count Jens Christian Carl Krag-Juel-Vind-Frijs sent out a circular letter on 13 November 1834 demanding that all copyhold farms and houses under the manors Frijsenborg and Hagsholm were inspected once a year. Thereby the copyholders were regularly made aware of their obligation to maintain the buildings.

In an earlier post I showed an example of a lease letter for a copyhold farm. For the example in this post I have found a lease letter to Anders Jensen for a farm in Borritsø (Gerning Parish, Houlbjerg Hundred, Viborg County). The previous copyholder was Jens Pedersen. Anders Jensen took over the farm in June 1846.1

In the synsprotokol the farm in Borritsø held by Jens Pedersen and later Anders Jensen is listed at page 155 with a reference to the initial inspection in 1835 on page 2; both pages are shown below.2 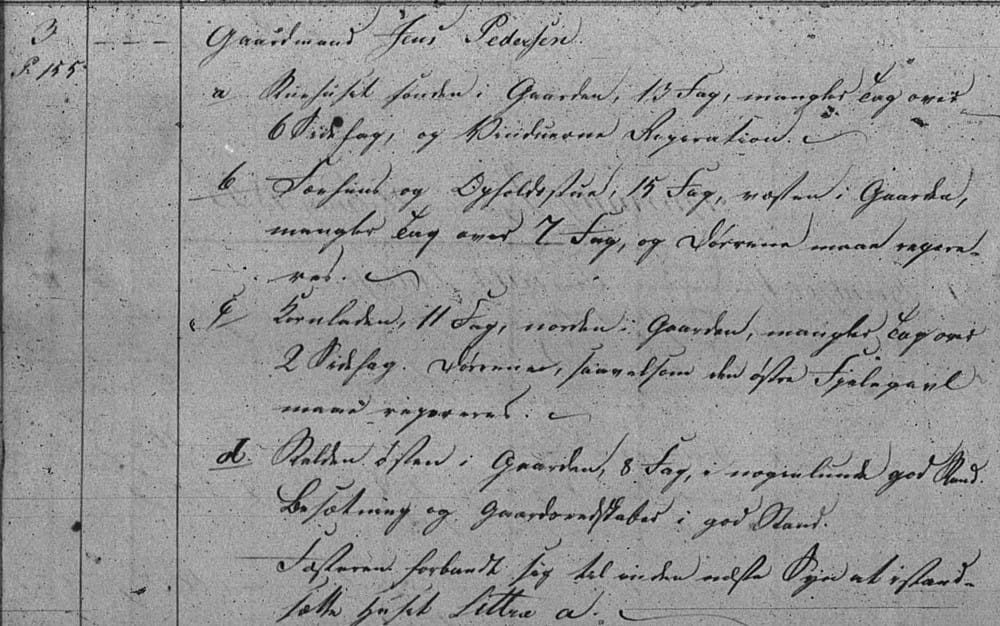 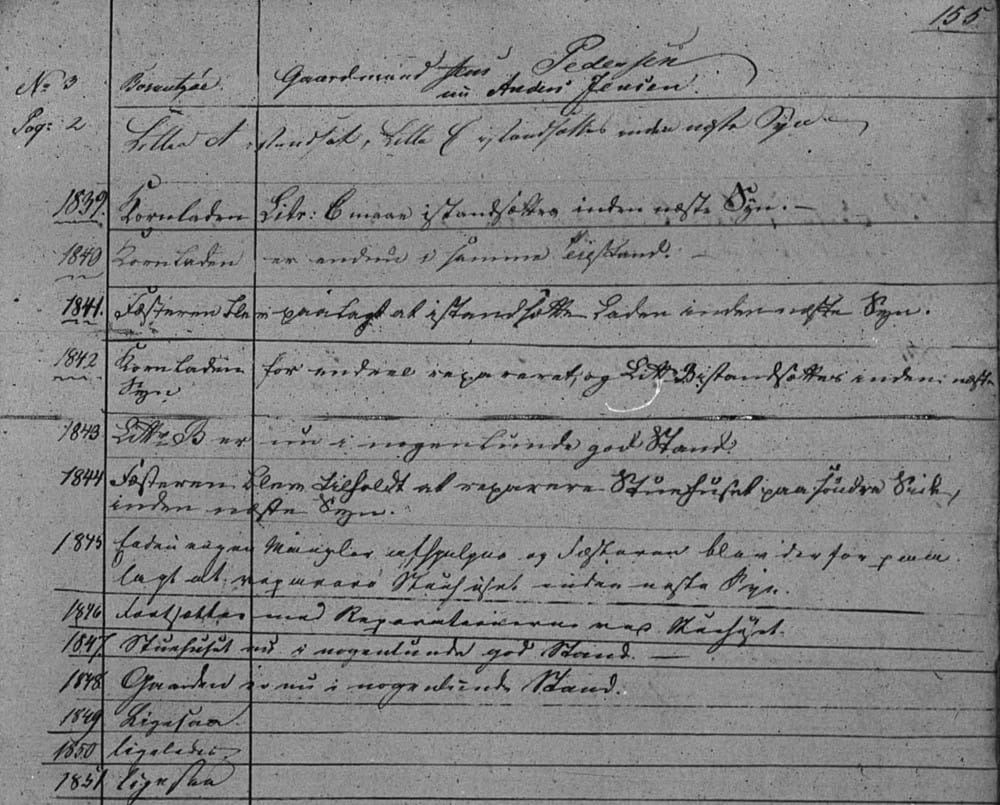 At the first inspection, the following was recorded:

The following remarks were made at the subsequent inspections:

The identified records do not reveal whether Jens Pedersen gave up the copyhold voluntarily or not, but it seems likely that he could not live up to the demand for repairs. Per his lease letter, Anders Jensen had to let Jens Pedersen use a small part of the lot until he and his wife died. This correlates with details from the 1850 census, which shows dwelling 13, a house, with Jens Pedersen, his wife, six children age 1 to 12 and an old widow; and dwelling 14, a farm, with Anders Jensen, his wife, two small children, two tjenestefolk (servants, resident workers) and an old widow.3 Locating the farm in historical maps can provide even more material for a family history book. I gave an introduction on how to find digitized historical cadastral maps earlier this month.